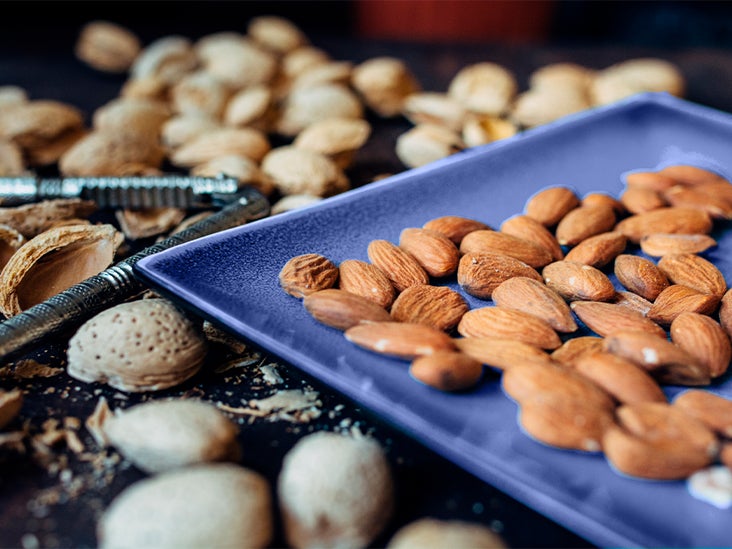 We are still learning about the human microbiome, the living in our bodies, primarily in the human gut. Piece by piece, researchers are putting together how this vast and tiny universe operates, and how it influences our health.

An important player in gut health appears to be butyrate, a short-chain fatty acid that supports the health of the microbiome itself.

“Butyrate is important to gut health, as it acts as the primary source of fuel for the cells of the colon, allowing them to function correctly and optimally. It is also involved in signaling to the gut to initiate the process of nutrient absorption.”

“In addition,” said Dr. Creedon, “butyrate produced in the gut can enter the bloodstream where it is involved in the regulation of health in other areas of the body, such as the liver, brain, and lungs.”

Dr. Creedon is a postdoctoral researcher in the Department of Nutritional Studies at King’s College London. She is also the first author of a new study exploring the value of almonds as a means of supporting the microbiome’s supply of butyrate.

The study demonstrates that eating a healthy handful of almonds each day promotes the production of butyrate.

It appears in . The research was funded by the Almond Board of California.

Dr. Creedon’s research documents the benefits of eating about 56 grams, or 2 ounces, of almonds daily — that amounts to about 46 almonds.

“Butyrate supports the gut barrier, which keeps bacteria and other microbes from entering your blood. In doing so, butyrate can help to reduce inflammation, manage conditions like IBS [irritable bowel syndrome], and decrease gastrointestinal discomfort like bloating,” Allison Tallman, a registered dietitian nutritionist, told MNT.

“Butyrate is produced through the fermentation of fiber in the colon. Therefore, increasing fiber in the diet, such as in almonds, increases butyrate levels, which has a positive effect on our gut health,” said Tallman.

Speaking of the nutritional value of almonds, Tallman further noted that:

“Almonds are packed with various nutrients in one serving, such as 4 grams of fiber, 13 grams of ‘good’ unsaturated fat, 1 gram of saturated fat, and 50% daily value of vitamin E, and can easily be incorporated into our diet in a variety of ways.”

Yet these seeds do come with some caveats for environmental health. According to data provided by the Almond Board of California in 2016, approximately 80% of the world’s almonds are grown in California.

The crop consumes a sizable chunk of the state’s annual water supply, a concern for some in light of recent climate conditions. A 2019 study found that growing one almond kernel requires about 12 liters of water.

The participants in the current study were 87 healthy adult females and males, ranging in age from 18 to 45 years. They self-reported eating snacks regularly, at least two a day, and that they were not on a moderate- or high-fat diet of over the recommended 22 grams of fat daily.

For the study, the researchers divided participants into three groups, differentiated by the food with which they replaced their habitual snacks.

There was no significant difference between groups in gut symptoms, gut transit time — the amount of time it takes for food to enter and exit the digestive system — or stool consistency.

In addition, all three groups had a similar abundance of fecal , with no evident differences in gut microbiota at the phylum level or in terms of diversity.

The study tracked the difference between eating whole or ground almonds in terms of butyrate production.

Individuals who ate whole almonds had 1.5 more bowel movements each week than those who ate ground almonds.

“It is possible,” Dr. Creedon noted, “that the increased fat in the colon of whole almond eaters served to increase ease of passage of the stool, and increase stool weight. Both of these effects might increase stool frequency in these people. There is little research on the impact of fat on stool frequency. Therefore, these findings require further investigation in future trials.”

“When we inserted the measured values of these particle size distributions of whole and ground almonds into a mathematical model that predicts the amount of fat released from chewed almonds during digestion, we found that the model predicted that ground almonds released significantly more fat than whole almonds,” she added.

“These findings will be explained in more detail in another paper that is currently being prepared for publication.”