One thing about Eva Longoria…

She knows how to connect. Whether it’s inviting the world into her workout (videos of which she regularly posts online), delving deep into her heritage (in her new CNN+ series, Searching for Mexico), or rolling up her sleeves and making cocktails, which she’s done in bars and liquor stores across the country with her tequila company, Casa Del Sol, Eva seems almost effortlessly open and curious about the world—perpetually ready and willing to put herself out there. That definitely doesn’t mean it’s always easy, though.

“Sorry—screaming kid,” she says, when we Zoom on a recent afternoon. Eva is wearing plaid pajamas, the attire required for the commercial she just finished filming with her 3-year-old son, Santiago, at her Los Angeles home. “He’s usually very cooperative, and he’s so photogenic. Of course, today, when he needs to be a ham, he’s screaming and just not feeling it. It was challenging.”

If Eva is stressed, she doesn’t show it. For years the actor, director, and entrepreneur has been juggling too many balls to count, and she has a go-to coping mechanism: one hour of working out, every day. Call it her nonnegotiable.

“I really work out for my mental health,” she says. That hour—sometimes 75 minutes, if she can swing it—is her time to zone out of deciding how to tackle her never-ending to-do list and focus in on moving her body. And she found a new favorite way to do just that during the pandemic. As with a lot of things she’s really into, if you get her talking about it, she’ll try to convert you too.

“You have to get JumpSport,” she tells me. She’s talking about her mini trampoline, which uses bungee cords as opposed to springs. “Ironically, bouncing on this trampoline is low impact, so you get a sweaty workout without all the pounding on your knees.” (I told her I’m a runner.) “Plus,” she adds, “it’s so good for lymphatic drainage,” the benefits of which can include reduced fluid retention and fatigue. (Many trampoline adherents claim the same, though scientific evidence is sparse.)

Eva got into rebounding, the technical term for trampoline workouts, in 2020, stuck at home and looking to shake up her exercise routine. Her friend Elsa Collins, a fellow cofounder of Poderistas, an online community for Latina women, had posted an Instagram video of her trampoline workout. “I was like, ‘Oh my god, what are you doing? You look crazy,’” Eva recalls.

Collins convinced Eva to try an online class with The Ness, a New York trampoline studio that also has an on-demand digital library of classes. “First, I had to figure out how to jump on the thing,” says Eva. She quickly progressed from beginner to intermediate, and these days, she bounces at least five times a week, “if not every day.”

“It makes me present,” she says. “You really have to focus on the routine and memorize the movements. They switch sides a lot, which can throw you off, so you have to be on top of it. I love that.”

Not only does rebounding allow Eva to get in touch with herself, but it’s also a way for her to connect with friends and family (sometimes even Santiago bounces along). Last fall, when The Ness came to Los Angeles to host an in-person outdoor class, Eva made sure she and her friends were front and center. “We’re the sisterhood of the traveling trampolines,” she says. (She’s not kidding—the trampoline travels with her; she recently brought it to Dubai.)

Eva bounces for 30 to 45 minutes a day, then rounds out her hour with strength training, generally with a personal trainer—either Julia Brown of Thrive With Julia or Grant Roberts of Granite Gym. “I do very heavy weights,” Eva says, like squats on a weight rack with at least one 25-pound plate on each end and hip thrusts with a 50-pound plate on her hips. “I feel like my body changes the most when I do that—I wear a heart rate monitor, and I can see my heart rate spike from just doing a heavy bicep curl.”

She also dabbles in kettlebell flow classes—“you’re doing weights, but it’s a whole routine,” says Eva, “and you never know what’s next”—and yoga. The priority: to move her body every day, even when she’s traveling. “If I have to wake up early and take a flight, when I land, I’ll go for a walk because I didn’t get to work out,” she says. “Even if it’s just stretching, I need to do something.”

“Sometimes people are scared to be themselves, but I am who I am.”

A firm believer in me-time, Eva makes a habit of meditating—sometimes for 5 minutes, sometimes for 20, but definitely not for hours. It’s another opportunity to tune in to her mind while connecting with those she loves. She and her friends recently signed up to do a 21-day guided meditation.

“You write down your thoughts and it’s so great, because when you do it with your tribe, it’s better; you can be more accountable,” she says.

Another health habit she’s turned into a way to keep in touch with people: tracking her sleep. Eva wears an Oura Ring, which uses skin temperature and movement sensors to measure the length and quality of her sleep. Every morning, Oura gives you a sleep and “readiness” score ranging from 0 to 100 based on your activity the day before and how well you’ve slept.

“My friends and I send each other scores,” she says. “I’ll be like, ‘I got a 94, top that!’” Eva doesn’t always score As, especially when she indulges in a vice.

“I never used to feel a sugar rush when I would drink wine,” she says, referring to the dreaded 3 a.m. wake-up that can follow the consumption of a couple glasses of wine at night (these days, she generally sticks to one glass with dinner). “But one day, Gloria Estefan told me she can’t drink wine because she wakes up at 4 a.m. The day she told me that, it started happening to me. I was like, ‘Damn you, Gloria!’”

Of course, she’s kidding. She lives for finding out what makes other people tick, what fuels them, what life hacks they’ve learned. That’s the grounding for her new podcast with iHeartMedia, Connections With Eva Longoria, which focuses on the human desire to relate to others. In each episode, Eva dives deep into a subject of universal importance by talking with an expert in that arena: for example, spirituality with Jay Shetty, the monk turned life coach.

“I was just fascinated with our perception of concepts, like the concept of marriage, the concept of education, the concept of money,” Eva says. “Does having more money mean you’re happier? If you look at all the blue zones, or happy zones, in the world, it doesn’t, and I think that’s interesting.”

What makes Eva happy? Besides her daily sweat sessions and communion with loved ones, flexing her skills behind the camera might be next. When we speak, she’s in the process of editing Flamin’ Hot, her first feature film as a director, an inspired-by-true-events story about a Latino janitor who helped create Flamin’ Hot Cheetos. “It’s a project that is so close to my heart,” she says, “a true labor of love. What’s incredible is that the studio allowed me to hire who I needed to hire behind the camera. It was Latino or Latina, all the way down the line.”

And then there’s her family—Santiago and her husband, José Bastón, and, on the day we’re talking, Eva’s mother, visiting from San Antonio, all of whom need to be fed. “I cook them breakfast, lunch, and dinner,” she says, as if it’s no big deal. “It’s therapeutic for me.”

An intermittent faster, Eva typically eats within an eight-hour window each day, usually 11 a.m. to 7 p.m. “Breakfast is black coffee,” she says, and after that comes her hour of exercise. “Then I make breakfast for my family.” It’s often egg whites and avocado or refried beans on flour tortillas (which she also makes from scratch). Sometimes she’ll have a bite of her son’s breakfast if it aligns with her fasting schedule—or, even if it doesn’t fall within her “eating hours,” bite into a bean taco, which she calls “the real breakfast of champions.” Lunch is typically protein—steak, fish, or chicken—and vegetables, and dinner is another version of that or a hearty soup, like Italian wedding or tortilla.

“I’ve been dabbling with more plant-based ingredients,” Eva says, and by that, she really means actual plants. “I grew up on a ranch where we ate what was on the land—when it was squash season, we ate squash for three months. It gave me such an appreciation for where food comes from: It comes from the ground. Beans are a big source of protein for us. I love making portobello tacos and jackfruit tacos, and cauliflower fried rice.”

Sugar? She doesn’t know her. “Olives, pretzels, popcorn, potato chips—that’s my jam,” Eva says. “I don’t like sweets or chocolate, and people hate me for it. Bread too—I hate bread. I’m never tempted by the bread basket.”

Despite what Eva may say or joke about, it’s spectacularly hard to hate anyone who’s radically honest and utterly themselves, two boxes she enthusiastically checks. On that note, she often happily posts a video without makeup, or a 360-degree video of herself on the trampoline, bouncing from every angle. “I don’t really have an attitude like, ‘Let me put this facade up for social media but be another way in life,’” she says. “Sometimes people are scared to be themselves, but I am who I am”—eager to connect with the world, any and every way she can. 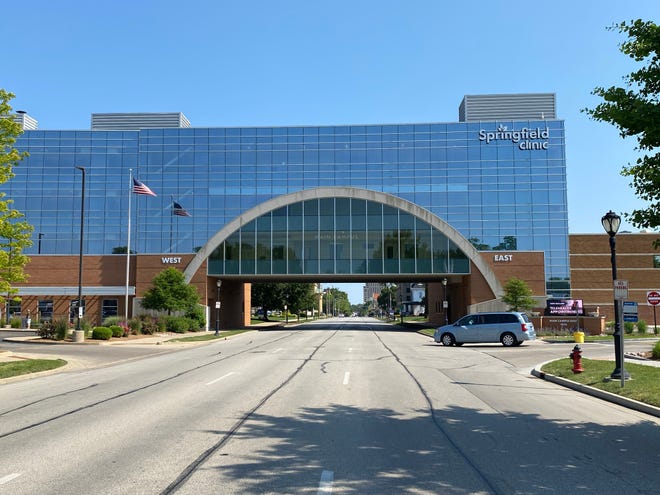