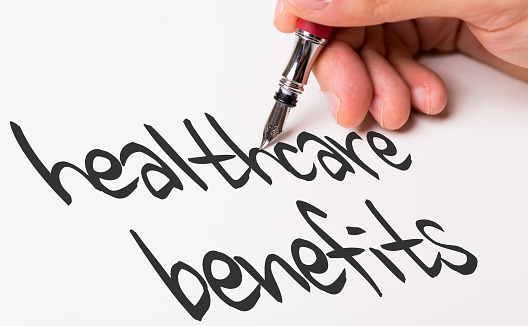 What if you worked for an outfit that paid most of the premium for dozens of health plan options available to you, and allowed you to shop on the clock? And even paid for an on-line service that would give you several best-guys-for-you options?

If you work for Uncle Sam there’s a 50/50 chance you do. That is, your agency has pre-paid so you can shop from home, office or home/office using the popular Checkbook’s Guide to Federal Health Plans. Many people use it to find several best-buys for them. Editor Walton Francis says most people can save lots of money — up to $2000 next year — if they pick the best deal from the dizzying array of health plans available to 4-million-plus federal workers, retired civil servants and their survivors.  Many of them have been in the same health plan for decades, And over time, as they get older and more dependent on health care, the plan has simply become too expensive (in premiums) based on what they get in benefits and services.

Places that subscribe to the service include the departments of Education, Interior, Justice, Labor and State. Also the Congressional Budget Office, U.S. Capitol Police, Federal Aviation Administration, Government Accountability Office, GOP and Office of Personnel Management. It is also available to members of the American Foreign Service Association, the Professional Managers Association and the National Treasury Employees Union. And more.

Francis estimates tens of thousands of workers — and an even larger number of retirees — could save thousands of dollars in premiums next year by switching to the standard or basic option of their current plan. Or save thousands by switching to a similar plan that also has your doctor(s) in its network. There are even plans with Health Savings Accounts that allow policy-holders to amass accounts worth $50,000 or more. But you gotta shop. The Office of Personnel Management also has an excellent online shopping tool that is available to all employees.

And if you prefer the Checkbook’s Guide or want to use it with the OPM online shopper, you can check if your agency subscribes for you.

Walt Francis will be my guest today at 10 a.m. EST  on the Your Turn radio program. That’s streaming at www.federalnewsnetwork.com or in the DC-Baltimore area at 1500 AM. If you have question for the expert (him, not me) send them to me at [email protected] before showtime so we can answer them on air.

If your agency hasn’t subscribed for you, you can do it yourself by going online at www.guidetohealthplans.org; use promotion code FEDNEWS to get a discount.

Many modern nicknames that seem to make little sense stem back to a Middle Ages practice of rhyming or letter swapping. Hence Richard is shortened to Ric(k), which rhymes with Dick. The same is true of Bill (William – Will – Bill) and Peggy (Margaret – Meggie – Peggy).