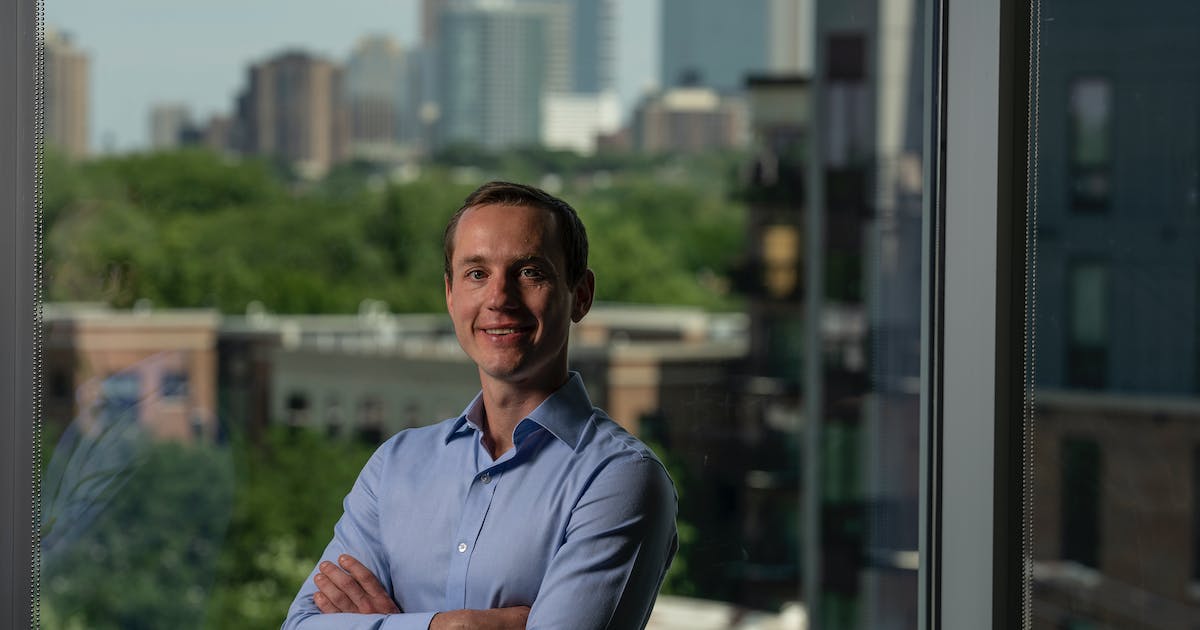 For years, Joe Connolly watched his mother, aunt and grandmother struggle with a series of health problems.

His frustration boiled over as he saw how difficult it was for them to access quality care.

So in 2019, Connolly quit his job to start a virtual clinic focused on women’s health. He built the mobile app using his experiences as a biomedical engineer at Boston Scientific in Maple Grove, where he developed a digital health strategy and virtual health care solution for the multibillion-dollar medical technology giant.

Visana Health, a full spectrum telehealth provider, is the result. The clinic, which saw 400% growth in 2021, is based in Minneapolis and sees patients across the country.

The startup, Connolly said, is poised for more growth in 2022 as employers and insurance companies aim to use his application to bolster their women’s health benefits in the wake of the U.S. Supreme Court’s recent decision to overturn federal abortion rights.

Visana Health’s services include access to specialists who can prescribe and update contraceptive coverage, as well as provide emergency contraception. The company’s clinicians, all of them women, also help treat gynecologic conditions that can often impact a woman’s ability to get pregnant, Connolly said.

“People that can get pregnant are seeking assurance from their employers and health insurance companies that they will have continued or expanded access to convenient and comprehensive medical care that is both safe and confidential,” he said.

Citing a recent report by Rhia Ventures, a San Francisco-based investment firm and social enterprise focused on women’s reproductive health, Connolly said 86% of women believe controlling if and when to have children is important to their careers.

Most employers focus their women’s health benefits on helping employees with family building by including fertility benefits and coverage that reduces high costs associated with pregnancy events like cesarean deliveries, Connolly said.

But coverage that extends across a women’s entire reproductive years, from menstruation to menopause, is just as important since most women only spend about three years actively attempting to be pregnant, being pregnant or seeking postpartum care, Connolly said.

And with more attention on women’s health following the court’s decision, employers are changing their coverage plans, Connolly said.

“All employers know that a healthy and stable workforce is one that has access to essential health care services, including all aspects of sexual and reproductive health care,” Connolly said. “The reversal of Roe v. Wade will have a variety of wide-reaching negative impacts. Employers are rapidly realizing that providing access to comprehensive and compassionate women’s health care is not only critical to improving the health of their female employees, but also to attracting and retaining women in the workforce.”

Connolly did not disclose the company’s financial figures, but said he has raised $3 million from private investors since starting in 2019. One of those investors is Shelly Lanning, who has owned and operated several health care companies. Lanning invested in Visana Health’s financing round earlier this year and has joined the company’s executive team as co-founder and president.

Lanning, a University of Minnesota graduate who grew up in rural Wisconsin, has owned primarily digital health startups, but also women’s health companies focused on fertility and fetal maternal medicine.

In Lanning’s view, women’s health in general is underfunded and insufficiently researched, one reason she was attracted her to Visana Health.

“Employers for so long had more men than women, and they’ve only spent a little of the last [years] focusing on women’s health benefits,” she said.

Though Visana’s service is 100% virtual, the company partners with brick and mortar clinics if a woman needs in-person services, Connolly said. It also identifies obstetrics and gynecological doctors in the patient’s network that can provide certain services, and will make the appointment and transfer medical records on behalf of the patient.

Through Visana’s symptom tracker, patients can communicate in real time with their clinician how they’re feeling. Through the app, patients also can text their clinicians and care coordinators and receive health coaching for exercises, diet and nutrition and mental health.

Lanning anticipates demand will increase for women’s health benefits as access to reproductive health services becomes more important to employers who want to help women better manage their care so they return to the workforce.

In the past few weeks, employers including Target Corp., Medtronic and Sleep Number Corp. have stated the companies would cover employees’ travel costs if they must leave the state for “reproductive services.”

“Five years ago, people were not offering fertility benefits and now they are,” Lanning said. “It takes them a while to look at it, investigate it, see outcomes and the benefits. The fact that they’re starting is very encouraging. It’s a trend we expect will continue.”