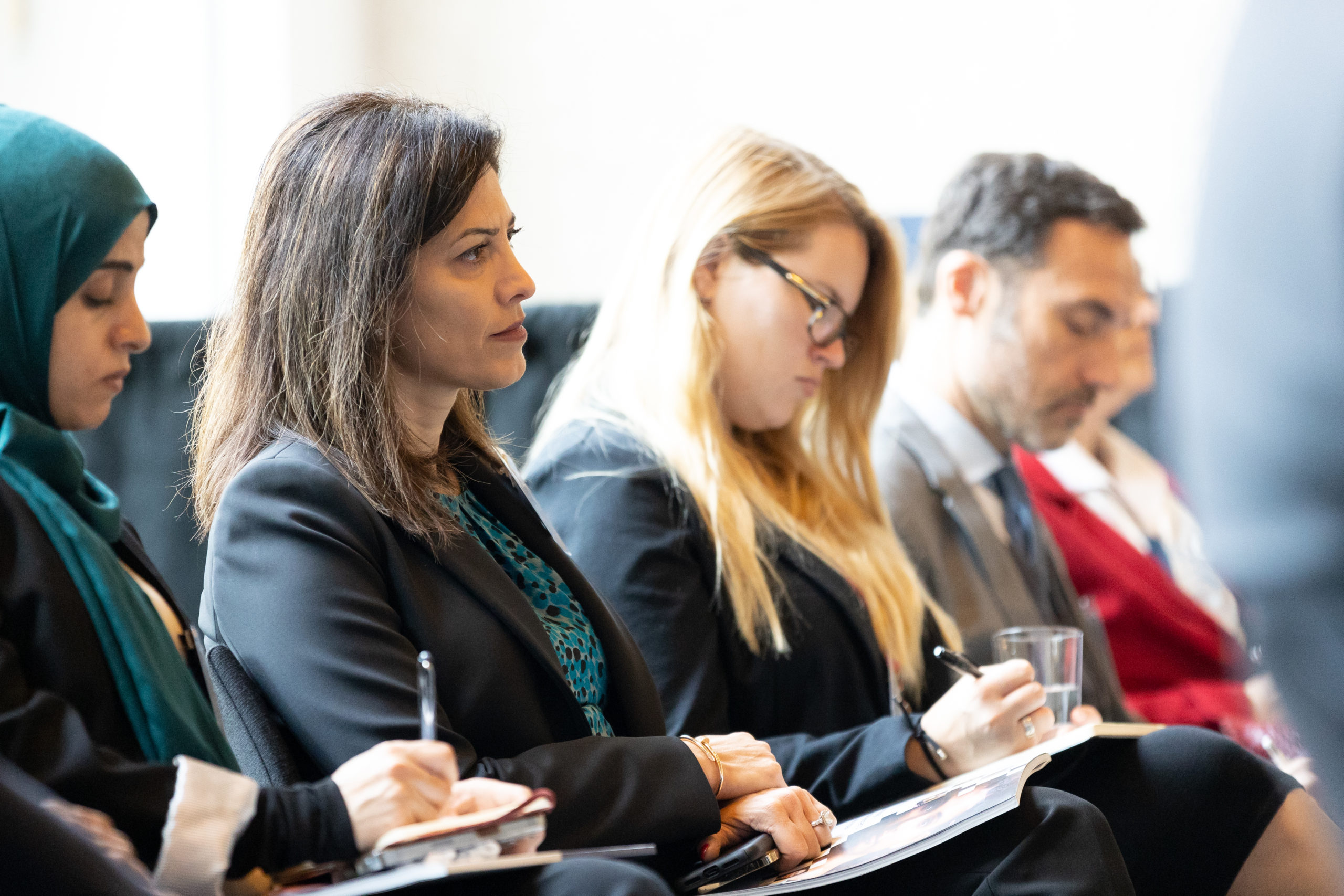 Women are less healthy, more stressed, poorer and angrier than they’ve been in years, concludes a comprehensive survey on the state of women’s health in 122 countries representing 94% of the world’s female population.

The just-released 2021 Hologic Global Women’s Health Index is a comprehensive, 108-page report that identifies a multitude of barriers to preventive care for women such as struggles to find enough food and shelter, lack of educational opportunities, COVID-era restrictions and threats to women’s safety.

Countries were evaluated on a 0-to-100 scale, though the average global score was only 53. Taiwan scored highest (70) for the second year in a row, followed by Latvia (69) and Austria (67). Other countries in the top 10 included Denmark, Estonia, Switzerland, Germany, Czech Republic, Israel and Norway.

“We are a country with resources, and we spend more per-capita than anyone else on healthcare,” said Dr. Susan Harvey, vice-president of worldwide medical affairs at Hologic. “But the United States has enormous racial disparities, among many challenges. A black woman and a white woman can be diagnosed with the exact same breast cancer, yet the black woman is 40% more likely to die.”

“The Taliban killed our healthcare sector, and now women bear the brunt of the burden,” said Roya Rahmani, Afghanistan’s former ambassador to the United States. “With the immense poverty, economic collapse, dealing with the pandemic and then the banning of education altogether, women don’t even think of their health as a priority. The Taliban has literally taken women out of all public spaces in Afghanistan.”

Rahmani represented the Kabul government in Washington from December 2018 until Taliban gunmen overran her country in August 2021. She and Harvey were among diplomats, panelists, women’s health experts and others who spoke at an Oct. 26 conference at the Dutch Embassy. The half-day event was organized jointly by Hologic and The Washington Diplomat.

Hologic partnered with analytics firm Gallup to create the index. For the second annual report, some 127,000 people worldwide—including 66,000 women and girls aged 15 and older—were surveyed during 2021 in more than 140 languages.

Harvey, former director of breast imaging at Baltimore’s Johns Hopkins School of Medicine, said the impetus for the report was the previous lack of any reliable global measure of women’s health.

“That’s why we partnered with Gallup to put together the most comprehensive study of women’s healthcare experiences and perspectives in the world,” she said. “This data is important because women are the foundations of our families, communities and economies.”

“Women’s health remains a backburner issue, and we have to change that, I’ve been working at this since 1971, when President Nixon declared a war on cancer,” said Brinker, founder of Susan G. Komen for the Cure, a nonprofit group named after Brinker’s late sister, who died of breast cancer. “I made a promise to my sister right before she died that women would have access to all kinds of care.”

A breast cancer survivor herself and former goodwill ambassador to the World Health Organization (WHO), Brinker now heads the Promise Fund of Florida, which aims to reduce deaths from breast and cervical cancer in Palm Beach County.

While some countries are certainly doing better than others, there’s no question that overall, the latest data is discouraging. Among other things, 43% of female respondents in the Hologic survey said they experienced worry, while 41% reported feeling stress, 32% sadness and 26% anger. All these percentages are record highs since the Gallup World Poll began tracking emotional health a decade ago.

In addition, 37% of female respondents said that at times they lacked money to buy needed food for themselves and their families, while 30% (representing nearly 800 million women worldwide) said they at times lacked money for adequate shelter.

Ambassador André Haspels of the Netherlands, whose country ranked 16th in this year’s index, noted that 65% of women worldwide say domestic violence is a widespread problem where they live, and that nearly one in three women in the 27-member European Union don’t feel safe walking alone at night.

“The last couple of years have been terrible when it comes to global health—in particular, for women and girls on the margins of society,” said Haspels. “During the pandemic, access to healthcare was very much reduced, while sexual and gender-based violence skyrocketed. More women struggled to provide food and shelter, and school closures had huge effects on children, especially girls.”

The ambassador added: “It’s crucial that we make efforts at the WHO and other institutions to defend and advance agreements that promote women’s health. We also have to strengthen reproductive rights and gender equality.”

Sarah Craven, director of the Washington office of the United Nations Population Fund, said that annually, about 121 million pregnancies—half the worldwide total—are unintended, and that 60% of them end in abortions that are often unsafe.

“Women’s bodies have become a political football that’s used in elections, not just in this country but around the world. Rights for women must be at the absolute center of our efforts. That is fundamental to a lot of what we’re talking about today,” she said, adding that at current rates, “it’s going to take us 136 years to close the gender parity gap.”

In Africa, more schooling for girls leads to healthier babies

One place that appears to be making some real progress is Costa Rica, says Alejandro Solano, the country’s ambassador to the Washington-based Organization of American States.

“Costa Rica has a universal healthcare system, and we have over 1,000 healthcare providers covering 92% of our population of 5 million,” said Solano, whose country eliminated its military in 1948 and is considered among the most progressive nations in Latin America. “And even though they don’t pay for insurance, we have free healthcare for immigrants and homeless people. There’s only one bad thing: we have long waiting lists.”

“In Uganda, a study showed that if a woman had only one additional year of schooling, the likelihood of her children reaching the age of 5 increased,” she said. “Women’s health is better in non-authoritarian countries. Actual causality cannot be determined, but there’s a remarkably high association between the empowerment of women in the workforce and leadership, and health outcomes.”

Harvey noted that “every single country has work to do”—even top-scoring Taiwan.

“Gaps and disparities are increasing, and we can no longer sit by and watch this happen,” she said, noting that the biggest killers of women are cardiovascular disease and cancer—both of which can be dramatically reduced through regularly seeing a medical professional. “If we can deploy preventive care, we will not only improve longevity, but we’ll also decrease the costs of care.”

A few more bright spots: Latvia and the UAE

Jānis Beķeris, Latvia’s deputy chief of mission here, said he was “pleasantly surprised” to see his country rank second-best globally in the overall health of its women.

“There’s a still a very long way to go, but we have managed over the last five years to increase our healthcare spending by 76%,” he said. “There is universal healthcare coverage in Latvia, and our plan is to keep on doing the same thing for the next five years.”

Among factors contributing to Latvia’s high score, said Beķeris: more women registered to vote than men; the fact that more than half of all businesses are women-owned; and the presence of women at the highest levels of government.

“In Latvia, a woman typically works until week 30 of her pregnancy. And if a doctor says something is not right, you start receiving time off at any moment, followed by 18 months of childcare,” he said. “Your position at your company is guaranteed for up to two years, so you get to spend time with your child after birth or adoption. It all comes down to the status of women in any society.”

Women’s health is also on the top of the agenda in the oil-rich United Arab Emirates, which ranked 35th on this year’s index—right behind Ireland and just ahead of Spain.

“We have a healthy population, a growing economy and we’re capable of giving,” said Shamiah Gargash, deputy chief of mission at her country’s embassy in Washington. “UAE nationals are less than 20% of our population of 10 million, so there’s a big priority to focus not just on UAE citizens but all residents.”

Gargash noted that the UAE was one of the world’s first nations to fully inoculate its population from COVID.

“We invested a huge amount of money in disbursing vaccines. Our healthcare system has benefitted a lot by partnering with countries like the UK, Sweden and the United States, and there’s been a big emphasis on women’s education,” she said. “We have been a partner of Susan G. Komen for over a decade, with mobile caravans going around rural areas doing oncology and breast cancer testing, as well as checking blood pressure. As small as we are, we’re fortunate to have a government that listens.”