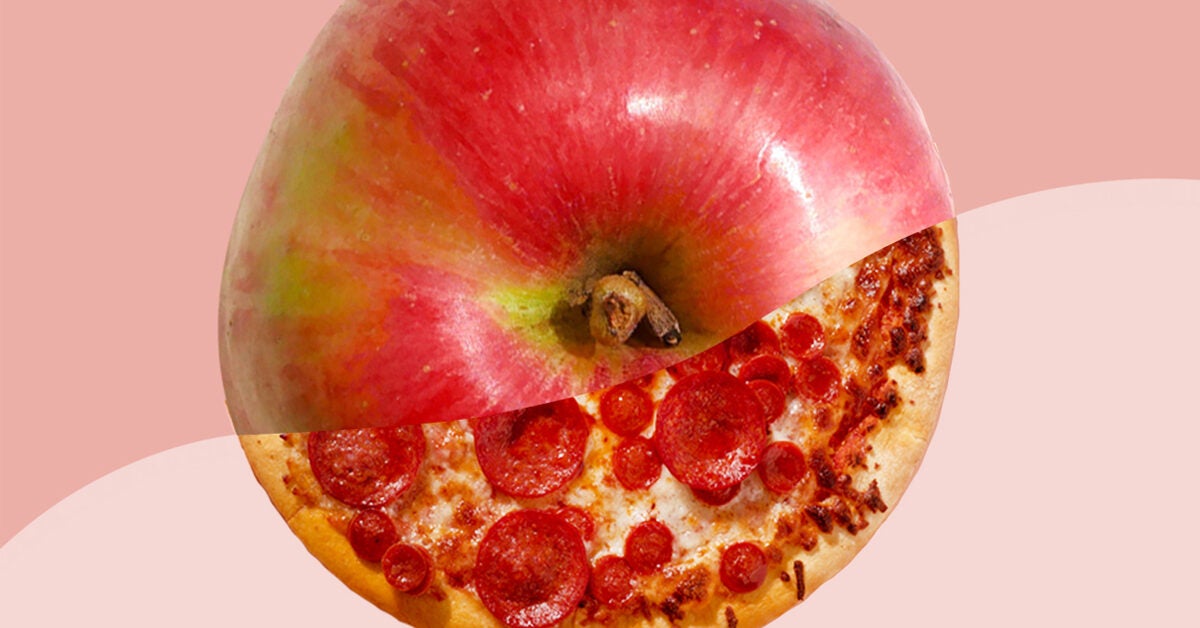 You’ve probably heard that it’s best to reduce your intake of “highly processed foods” in order to live your healthiest life.

While this is true, many people are confused as to what makes a food or beverage “highly processed” and why eating too many of these items may cause problems.

Nearly all foods are processed, at least to some extent. For example, manufacturers process dried beans to make them shelf-stable. This does not make them less healthy.

So, before we get into what makes a food highly processed, it’s important to understand that foods aren’t “unhealthy” just because they’re processed in some way.

To make it easier to understand food processing, researchers have separated foods into four categories based on the extent of processing.

To do this, they used NOVA, a food classification system developed by researchers at the University of Sao Paulo, Brazil (1, , 3):

Ultra-processed, or highly processed, foods typically contain substances you wouldn’t use in food preparation at home, such as ():

These definitions aren’t perfect or 100% accurate for classifying foods, and experts admit that there’s considerable variability when it comes to listing foods as “highly processed” in research studies ().

For example, breakfast cereals are considered highly processed in many studies. However, healthcare experts do not consider some cereals highly processed if they contain no added sugar and have undergone minimal processing.

That said, this classification system is simply meant to provide a general idea of what makes a food highly processed based on its manufacturing and ingredients.

Now that you have a general idea of what makes a food highly processed, you’re probably wondering which foods and beverages fall into this category.

Here are some common examples of ultra-processed foods ():

Keep in mind that this list is not exhaustive. Many other foods and ingredients are also considered ultra-processed.

It’s not always immediately clear whether a food is highly processed, which could make it difficult for consumers to minimize these products in their diet.

The most reliable way to identify highly processed foods is to read the ingredient labels.

The world of food additives can be overwhelming and confusing, and you might find it difficult to identify everything on ingredient lists.

If you’re interested in learning more about food additives and which additives manufacturers commonly include in ultra-processed foods, check out the United Nations Codex Alimentarius, which keeps an updated list of food additives.

Highly processed, or ultra-processed, foods contain few or no minimally processed or unprocessed ingredients and tend to be higher in calories, salt, fat, and added sugars. Plus, they contain additives such as flavor enhancers and thickeners.

This is because these foods go through no or minimal processing before you buy them or harvest them yourself.

We commonly refer to these foods as “whole foods” because they are in their original, whole form or very close to it.

Here are some examples of healthy, whole foods:

Items made from whole foods — such as granola made with oats, dried fruit, and no added sugar, or polenta made with whole cornmeal — are also considered minimally processed and therefore “healthy.”

Additionally, some oils, such as olive oil and avocado oil, are derived from whole foods and are considered a healthy choice.

Using the term “healthy” can be problematic at times because it can demonize foods that are considered processed.

That’s why, rather than use the word “healthy” to describe a food, it’s better to use the term “nutrient-dense.” This refers to foods that pack a lot of nutrients per gram.

For example, a homemade soup made with chicken, vegetables, brown rice, and broth is likely much more nutritious than a highly processed canned or boxed soup mix.

However, this doesn’t mean you have to completely avoid processed and highly processed foods. It just means that most of your diet should be composed of whole, nutrient-dense foods.

For example, a 100-gram serving of potato chips contains 545 calories, while the same size serving of a plain baked potato contains only 95 calories. This is because of the processing potato chips undergo, including frying (, ).

However, this isn’t always the case. Some highly processed foods — such as those produced by companies marketing to people who want to lose weight — may be low in calories. But this doesn’t automatically make them a healthy choice.

When you’re assessing whether a food is healthy, consider its entire nutritional value, not just its calorie count.

Sweet ultra-processed foods tend to be high in added sugars.

Ultra-processed foods such as sweetened breakfast cereals, packaged baked goods, and sweetened beverages are designed to be hyper-palatable. Manufacturers achieve this by adding sweeteners such as cane sugar, invert syrup, and high fructose corn syrup.

Unfortunately, many highly processed, sweetened products are marketed toward children and adolescents.

For example, Cap’n Crunch’s Crunch Berries, a popular cereal among children, contains a whopping 16 grams of added sugar per 1-cup (37-gram) serving. This equates to around 4 teaspoons of added sugar (8).

In contrast, a breakfast of cooked rolled oats with fresh berries and natural peanut butter contains zero grams of added sugar and is a much more nutritious choice for adults or growing children.

Likewise, energy drinks, fruit punch, and soda, which are popular among children and adults alike, can contain a shocking amount of sugar. An 8.4-ounce (248-mL) can of the energy drink Red Bull contains 26.6 grams, or 6.24 teaspoons, of sugar ().

Ultra-processed foods are commonly lower in fiber, protein, vitamins, and minerals and higher in salt and fat than whole, nutritious foods.

However, again, this isn’t always the case.

Some ultra-processed foods and drinks can contain added fibers and protein concentrates, which increase the products’ content of these nutrients. For example, weight loss meal replacement bars and energy bars can be very high in protein and fiber.

Additionally, some highly processed foods marketed as “diet,” “lite,” or “low fat” can be very low in fat, but this doesn’t necessarily mean these products are “healthy.”

When food manufacturers remove fat from a product, they commonly add sugar to improve the taste. Plus, many ultra-processed foods, such as diet protein bars and snacks, are high in additives such as artificial sweeteners, colors, flavors, thickeners, and more.

Ultra-processed foods tend to be higher in calories, added sugar, and salt. Plus, they commonly contain ingredients such as flavor enhancers, preservatives, and artificial colors and flavors.

You don’t have to completely avoid highly processed foods to have a healthy diet overall.

Food is one of life’s main sources of enjoyment. It’s an important part of our social lives and our happiness.

It’s perfectly healthy to enjoy your favorite snack food or ice cream once in a while, as long as you consume these foods in moderation and mostly eat whole, minimally processed foods.

This is important because frequently consuming ultra-processed foods and beverages is likely to harm overall health and increase disease risk.

Time and again, research shows that those who follow diets rich in whole, nutrient-dense foods live longer and have a lower risk of developing chronic health conditions than people who consume diets high in ultra-processed foods.

For example, the Mediterranean dietary pattern is associated with a longer life expectancy and a lower risk of heart disease, diabetes, colon cancer, breast cancer, and obesity. This diet prioritizes whole foods, including (, , , , , , ):

On the other hand, diets high in ultra-processed foods such as fast food, sweets, and soda have been consistently linked to increased disease risk and a shorter life expectancy (, , ).

Thus, when it comes to health outcomes, moderating your intake of highly processed foods is key.

To keep yourself healthy and reduce your risk of disease, it’s best to follow a dietary pattern that consists mainly of whole, nutrient-dense foods. However, you can still enjoy your favorite highly processed foods occasionally.

Highly processed, or ultra-processed, foods contain few or no minimally processed or unprocessed ingredients and tend to be higher in calories, salt, fat, and added sugars. Plus, they often contain additives such as flavor enhancers and thickeners.

A healthy, nutrient-dense diet should be low in ultra-processed foods, but that doesn’t mean you have to avoid processed foods completely.

It’s entirely possible to maintain a balanced, healthy diet that consists mostly of whole foods while enjoying your favorite snack foods, candies, and other highly processed foods on occasion.